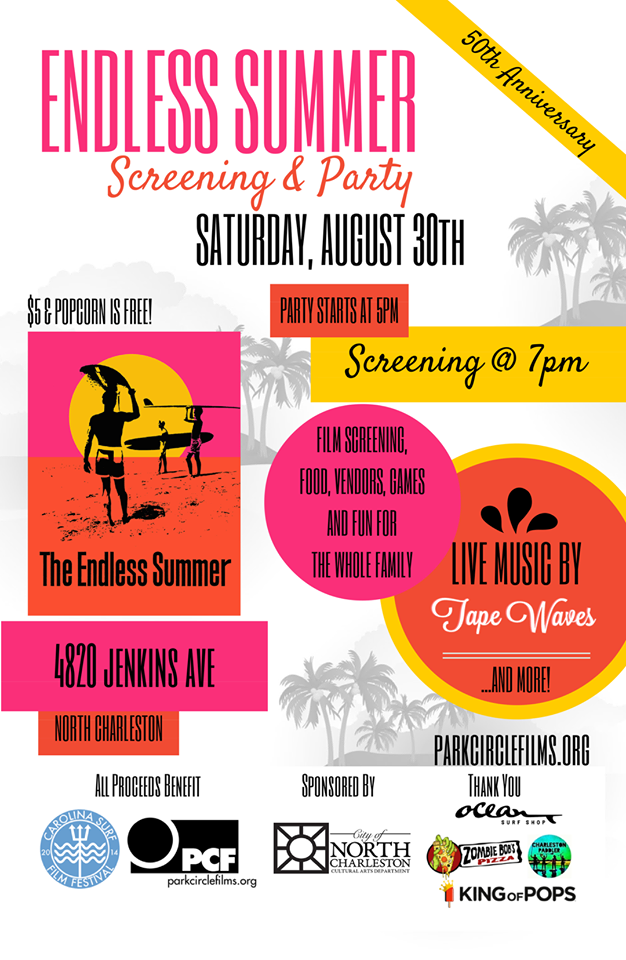 Park Circle Film Society (PCF) and Carolina Surf Film Festival (CSFF) are hosting a screening and party to celebrate the 50th anniversary of Bruce Brown’s cinematic opus. Originally released in theaters in 1964, The Endless Summer continues to inspire surfers to follow summer around the world in search of the perfect wave.

According to the Surfing Heritage and Culture Center in San Clemente, California, “The film remains one of the most widely watched and loved documentaries, of any kind, of all time.”

All proceeds benefit PCF and the CSFF

THE FILM
Be sure to stick around after the party for a 50th anniversary screening of the classic surf documentary:
The Endless Summer
Show starts at 7pm!
Tickets for the film are just $5 or $2 for members
Get your tickets now: http://ow.ly/Avrzr

#AntiRacism Resource Hub
We hope these resources will help support you in your journey of self-education.